No one wants to experience getting their home broken into and have their personal belongings stolen. In most cases, expensive objects like TV’s, laptops, jewelry are vulnerable. However, a burglar can still break in and steal whatever they like if your home is not protected.

Whether you’re going on vacation for a couple of weeks, or simply taking the kids out for the day, here are four ways to make your home more secure.

Security cameras are becoming more and more popular in homes. With less than 15% of home burglars ever being caught, it always helps to capture footage of trespassing to show to authorities. The technology nowadays means that most home surveillance cameras come with motion sensors, night vision and apps that can be downloaded to a smart device. These features will alert you of any suspicious activity. If a burglar sees a security camera or even a label saying that the house is secured by cameras, then they could be scared off from even approaching the house!

2) Securing your doors and windows

It might seem like a simple suggestion, but according to a report from the National Criminal Justice Service over a third of burglars enter homes by an unlocked door or window! Why make it easy for them?

This doesn’t just apply to when you’re leaving the house. It’s good practice to get in the habit of keeping doors locked even when you’re at home. Make sure ALL back doors and side doors are locked. Sometimes they are easy to forget about, especially if you’re leaving the house in a hurry, but burglars won’t forget to check these! We all like a nice breeze coming through a window on a hot summers day – just don’t leave them open when you go out, hoping the house will be nice and cool when you get back.

Another good tip is to use window stops, which allow you to open windows by a few inches but not any further to prevent someone from prying it open and sneaking in.

Now this might be a lot of people’s favorite option. Who doesn’t love owning a dog, right? Not only are dogs cute and extremely lovable, but they can serve as a home security technique too when you’re not at home.

60% of home burglaries occur during the daytime Monday to Friday, i.e. when most people are at work. Having a dog present when you’re not there can really put a burglar off from touching your house, as they will not be sure whether the dog will attack or make enough noise to alert someone. They can also make people feel more secure at night time when going to sleep.

40% of all burglaries take place at night. Burglars think when they see the lights go off that they can quietly sneak into the house. Invest in an automated light system, which will turn on lights in your house throughout the night, creating the illusion that someone is awake at all hours. This will indicate to a burglar that someone is always home, even if they’re not!

Alternatively you can install motion activated lights that turn on as someone is approaching the house. Burglars do not want to be seen by neighbors approaching a house, and will flee when a large light hits them in your driveway or backyard. 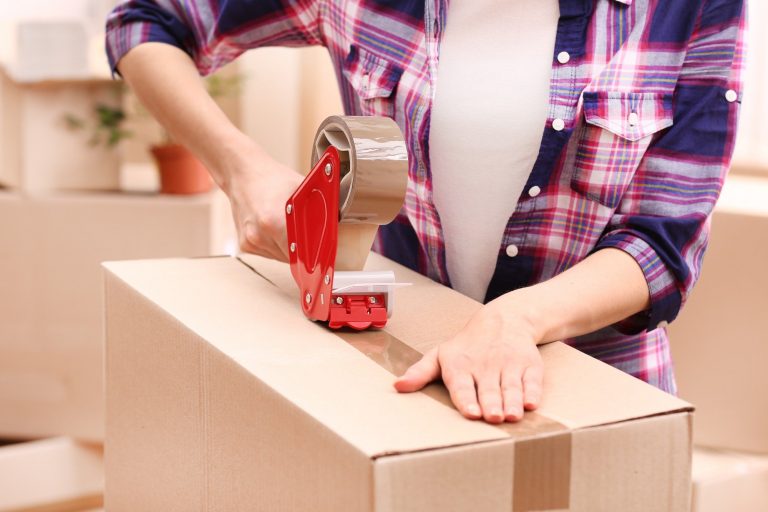