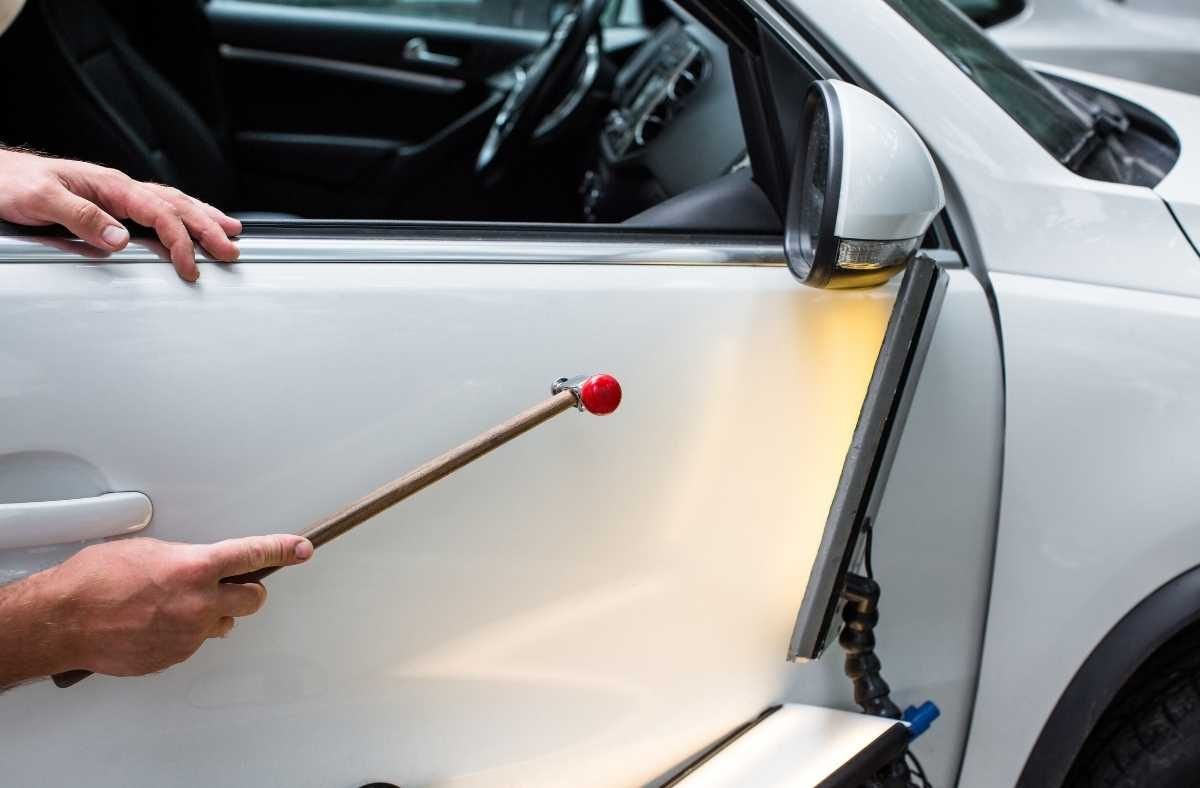 If you live in a hail-prone area like Colorado or Texas, you’re probably familiar with the need to protect your car from damage during a hail storm. However, what happens when a storm suddenly appears, and you can’t get your vehicle to safety before it sustains damage from the hailstorm? And there are other times, besides hail storms when your car gets a little dent here or there. I wouldn’t recommend attempting to fix your car yourself. You could make it worse. If your car is an import of makes either VW, Audi, or Miata, it’s recommended to take it to a specialty repair center like Rivercity Motors in Edmonton (or one similar in your area).

It’s not the end of the world, thankfully. There are several effective methods for repairing hail damage. The most common and popular one is paintless dent repair, or PDR. Read on to find out more about how it works.

Paintless dent repair involves using special tools to remove the metal paneling of the car. Then, it gently pushes the dents out without disturbing the paint. It works for both small and large dents and is popular because it preserves the car’s paint job, not requiring any filling, sanding, or repainting.

What Can PDR Fix?

PDR is flexible and can be used for different types of dents of various shapes and sizes, ranging from light dings to relatively large dents. It is great for hail damage because the process allows you to remove multiple small dents without the need for replacement parts or painting.

PDR can be used in situations where the paint has not been broken or cracked, and there hasn’t been any previous body repair on the panel.

There are several situations where PDR can’t be used. They are as follows:

Cracked or Missing Paint at the Dent’s Core

In cases where there are very severe, sharp dents that involve broken paint or cracks, PDR cannot be used.

For dents that involve excessively stretched metal, such as dents from car crashes or very severe weather damage, traditional dent repair may be more suitable.

Since PDR relies on removing the metal panels from a car and reshaping them, it isn’t suitable for plastic or rocker panels. It also isn’t suitable for irregularly shaped areas that do not have flat layers of sheet metal, such as plastic and metal bumpers.

There are also situations where PDR can be used in conjunction with other techniques. For example, if most of the dents didn’t break the Toyota touch up paint, but one did, PDR can be used for the whole panel, and painting and sanding can be applied to the one dent PDR doesn’t work for.

Most hail damage cases are suitable for PDR, but some may require a hybrid repair.

Does PDR Damage the Car’s Paint?

When it’s done by skilled and experienced professionals, a major plus of PDR is that it preserves a car’s original paint job, therefore preserving its original value and warranty. If all of your car’s hail damage is suitable for PDR, the paint shouldn’t be affected.

PDR is one of the most popular choices for hail damage for several reasons. Here are some of of them:

Although PDR ranges in price depending on how severe the damage is, on average, PDR costs about 25-50% less than traditional dent repair.

Plus, if you have comprehensive coverage and work with an experienced shop that knows how to deal with insurance, you’ll probably end up knocking even more off that price—to the point where you can sometimes walk away without paying anything.

Unlike traditional methods, which may involve pounding out dents, grinding and sanding the panel down, adding filler, repainting, and sometimes even more complicated steps, PDR is non-intrusive.

Because it essentially just pops dents back out, it is able to completely preserve the original body of your car, including the paint. This makes it so your car’s value is completely unaffected—as if the damage never occurred.

Because PDR does not involve re-spraying your vehicle with paint, a process that releases toxic chemicals into the atmosphere, it is much more eco-friendly than traditional repair methods.

Additionally, preserving the original paneling and parts of your car can help offset your carbon footprint as well. The fewer damaged car parts are thrown out and replaced, the better.

Because it is a lot less labor-intensive than traditional dent repair, PDR can be done in much less time than other forms of dent repair. Reputable PDR hail repair shops like Stormwise can normally repair and return a car with hail damage within 2 weeks or less. For smaller damage, it can take even less time: PDR for a few small dents can take as little as a few hours.

Paintless dent repair is a method that offers numerous benefits to car owners wanting to preserve their car’s value—and enjoy a cost-effective and time-saving car repair process. At the end of the day, reaching out to a trusted car repair shop is the most advisable next step to see the best possible options to fix the dents on your car.

The 4 Essentials To Buying A New Car The Types of Accessories Your Trailer Could Benefit From Everything One Should Know About Ceramic Coating