Home » Outdoor Living » 8 Facts You Need to Know About Albatrosses 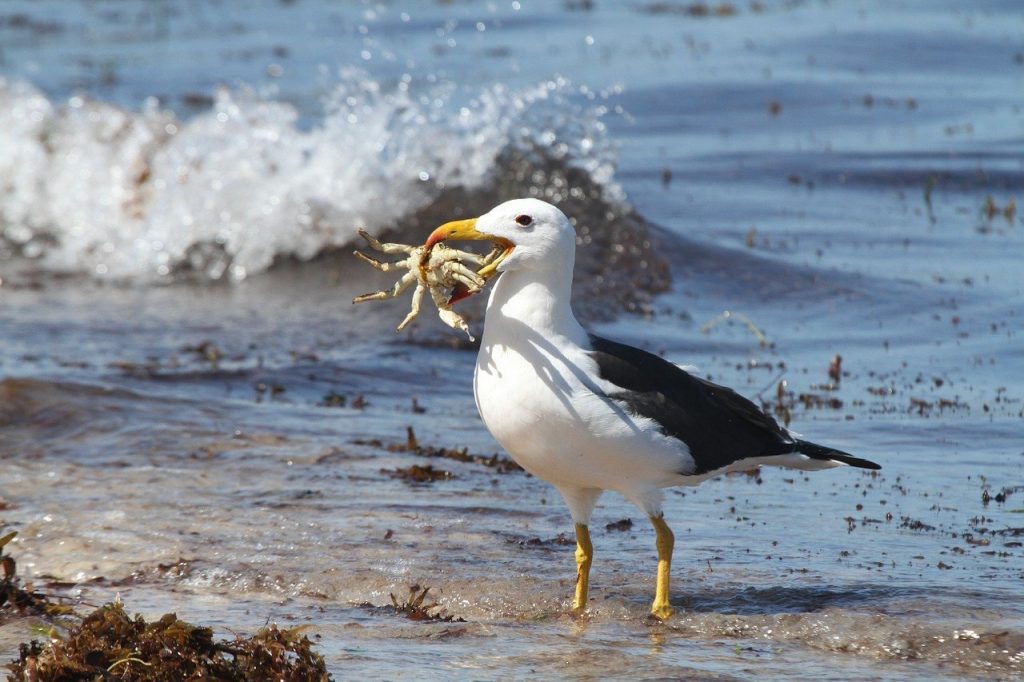 Crossing paths with an albatross is not a common occurrence for every person. You’ll be able to find most of these amazing birds in the Southern Hemisphere like Antarctica, South Africa, South America, and Australia. However, there are known species that can be exclusively found in the North Pacific like Alaska, California, Japan, and Hawaii.

If you’re not located in those places, that does not mean that you don’t have to know anything about the most legendary of all birds. It doesn’t hurt to know more about our world, and these albatross facts that we have listed will surely astonish and amaze you.

Albatross can sleep while flying

It only kicked off as a theory at first until the Arctic Studies center conducted a study that would confirm it. It was also found that these birds are also able to sleep while floating on water. However, this would make them very vulnerable to hunters, such as native predators of the sea.

Some albatross species are already endangered

19 out of the 22 known species of albatross are already endangered. One of the main reasons is the fishing industry. Most of the time, the birds wind up getting caught in the fishing nets. A decrease in their natural prey may be one reason, and the massive hunting of these birds is another factor that we should consider. 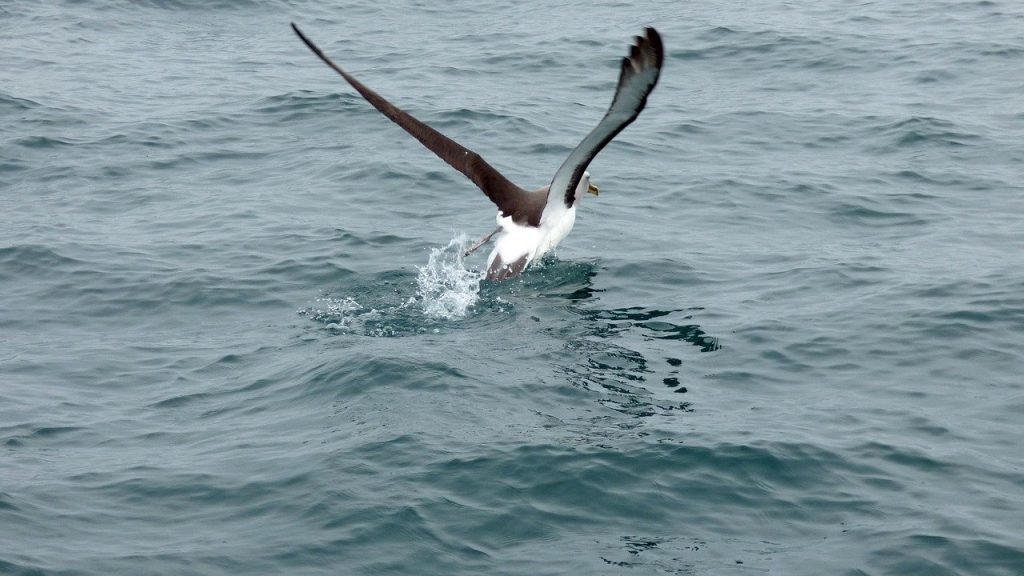 The wings of these birds can reach lengths of up to 11 feet 6 inches. The longest wingspan of albatross to have ever been confirmed was 12 feet and 2 inches or 3.7 meters. This would enable them to glide and ride the winds when flying over the ocean, and they would even glide for hours without having the need to rest, or even flap their wings. These birds rarely rest on the ground.

Unlike humans and other animals, albatrosses can drink seawater without any problem. They have salt glands, which functions as a filter, located near their eyes that would absorb the salt that they take in. The salty fluid is discharged from their nostrils and eventually runs down on the grooves on their beaks. When the salty fluid droplet becomes larger, the birds just jiggle their heads to get rid of them. 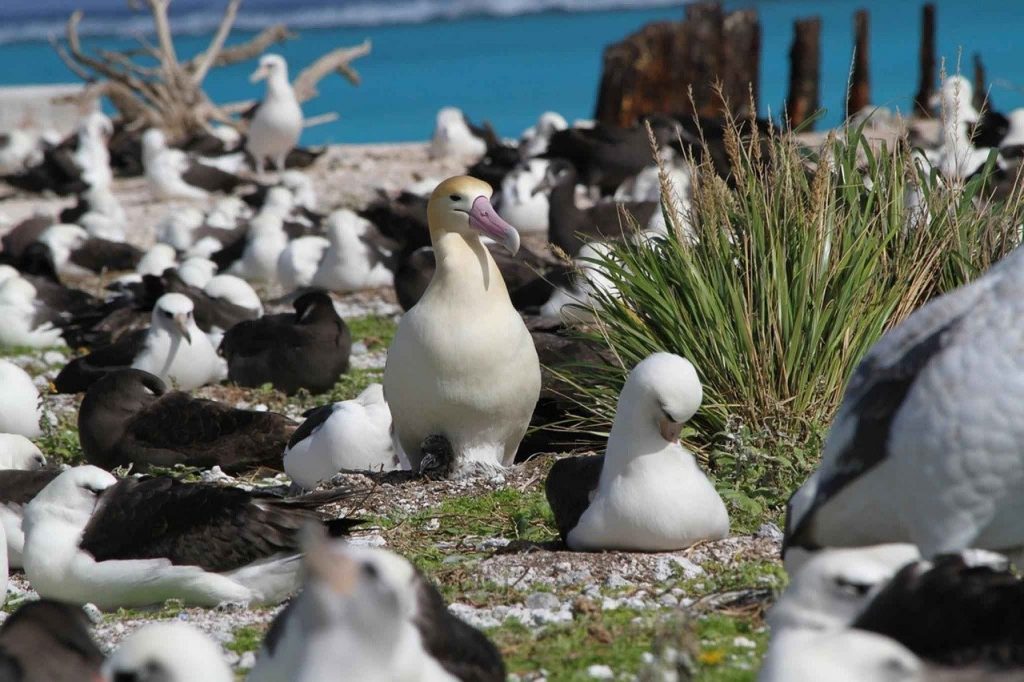 Albatross only has one significant other

When these birds reach the age of 6 to 10 years old, they usually search for their significant other. Almost all known species of albatross won’t find any other mate until the other dies. Talk about ‘til death do us part, right? These unions would normally last 50 years or even longer. Although, like humans, infidelity is still present even with these birds.

Win-Win situation with a sunfish

Sunfish is known to have a symbiotic relationship with these albatrosses. Sunfish are critters who are unsafe to parasites. There are around 40 types of parasites that torment these sunfish. Laysan albatrosses have been a helpful friend of these sunfish, and they pluck out these crustacean parasites from the sunfish. The albatross was able to eat, and the sunfish got rid of its parasite. So, a win-win situation for both of them.

Wisdom, Laysan albatross is the record holder for being the oldest wild bird. She made it to the headlines when it was brought to light that she was still able to lay eggs and raise them even if she was already 63 years old. The longevity of these albatrosses isn’t that unusual because they are known to reach the age of 70 years old.

So, what do you think? Aren’t these birds really magnificent? Now that you have already read this article, how many of you have already known some of these facts? If you ever find yourself in the Southern Hemisphere, it would be great if you get to encounter these birds while they spread out their wings. It would truly be a remarkable experience to see Galapagos Albatross. Why Lighting Outside Your Home is so Important How do I Remove Graffiti on my Brick Wall? 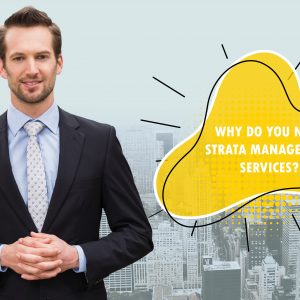 Why Do You Need Strata Management Services?