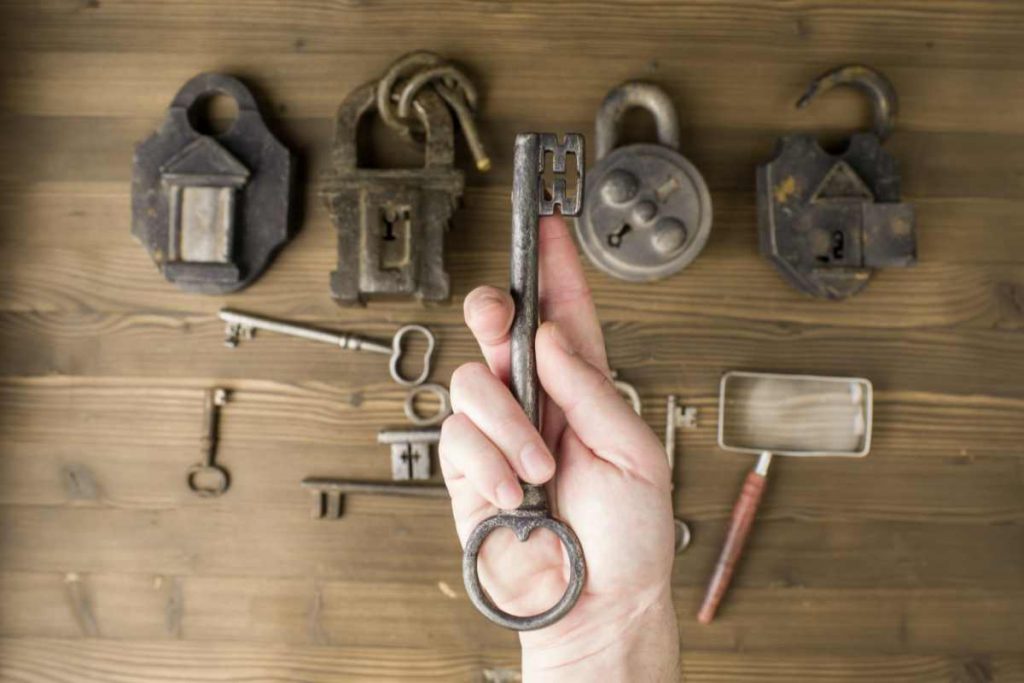 It’s no secret that locks and keys play a crucial part in our daily lives. Locks and keys can be found everywhere, safeguarding homes, businesses, vehicles, and more.

However, are you aware there’s more to these things than meets the eye? To broaden your perspective, we will explore the fascinating history of locks and keys. All the information concerning locks will be discussed, from their conception, earliest forms, functions, and even some interesting facts you might not know.

Some Interesting FAQs About Locks and Keys

Some of the world’s earliest locks were developed thousands of years before the advent of modern technology, which led to the development of newer, more effective locks. Archaeologists have uncovered primitive wooden-bolt locks dating back to roughly 2,000 B.C. in Egypt. The wooden-bolt locks resembled the deadbolt locks currently used on doors.

What is the oldest lock?

The oldest lock was discovered in ruins at Ninevah 4,000 years ago. This lock, which preceded the Egyptian pin lock, was basic in nature. Probably no locks older than this artifact have been discovered because the first locks consisted of a wooden plank that fit into a slot.

What is the smallest lock and key in the world?

According to experts from an Edwards locksmith company, Russia boasts the smallest lock and key in the world. This tiny lock, which weighs only 1/100th of a gram and fits around the eye of a needle, was invented by Pavel Kulikov. It is a functional lock, however improbable it may appear.

Where can you find the largest padlock?

According to the Guinness Book of World Records, the largest padlock in the world weighs 916 pounds. This enormous lock was designed in 2003 by students and faculty of a Russian arts institute.

When was the first American locksmith company founded?

Why was it coined as skeleton keys?

You get a skeleton key when you take a key and trim away the unnecessary parts. It acquired its name primarily because the key was reduced to its most basic components: two metal bits. They are also used to open locked doors if you have misplaced your key.

What are the parts of a lock?

When was the first combination lock invented?

In 1857, James Sargent, a Vermont-born American locksmith and trader, invented the first combination lock. Then, in 1865, he established the Sargent and Greenleaf lock manufacturing company, which produced a wide range of antique locks. The good news is that they still exist today.

What exactly are love locks?

Locks, which represent love and marriage in numerous cultures, have long been employed as tokens of affection. Since time immemorial, lovers have gathered at the Pont des Arts in Paris, France. Over the years, hundreds of thousands of locks had been attached to the bridge’s grillwork as a symbol of each couple’s love. Unfortunately, the massive weight of the locks compromised the bridge’s structural stability and necessitated their removal.

Interesting Trivia About Locks and Keys

Here are some more fascinating facts about locks and keys:

In ancient China, only the wealthy had locks and keys, and only emperors and other nobles had animal-shaped padlocks.

The invention of locks and keys, which allow us to control and maintain access to our property and possessions, has been a fundamental aspect of human society for centuries. Locks and keys have developed throughout the ages, but they continue to be an indispensable part of our daily lives. With the above-mentioned interesting facts and trivia, we are now equipped with increased knowledge, comprehension, and value for every key in our possession. The School Holidays Are Coming, It’s Time To Start Planning! The Difference Between General Contracting and Construction Management