Home » Wellness » Mental Wellness » Can You Get Addicted to Anxiety Medication? 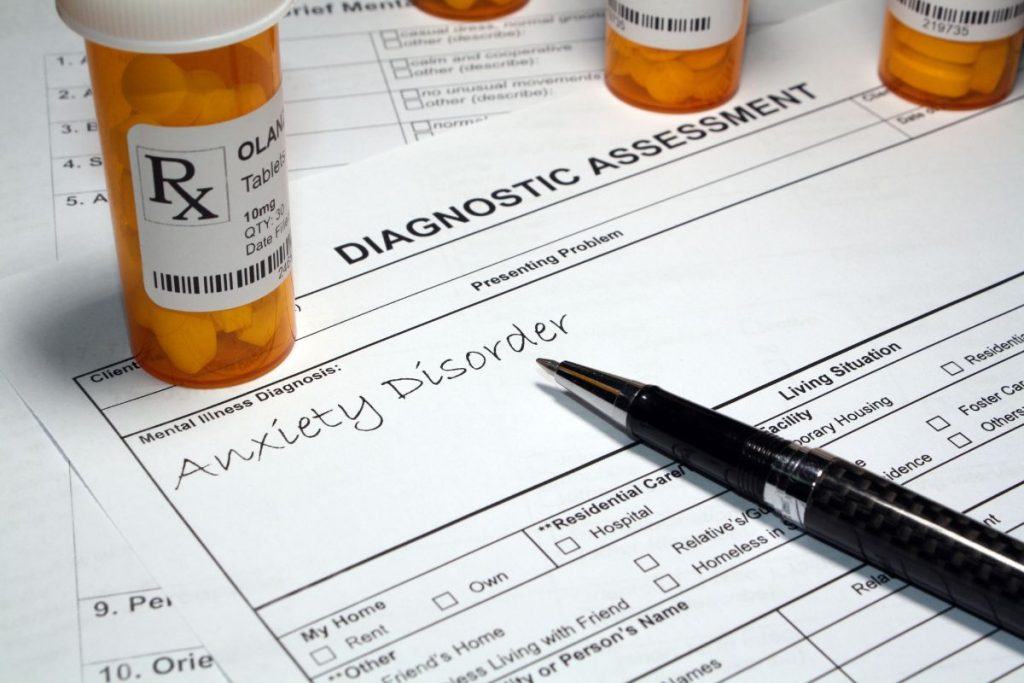 Anxiety disorders are among the most common psychiatric illnesses that challenge children, adolescents, and adults on a wide spectrum of severity and symptoms. Therapeutic approaches for treating anxiety frequently entail pharmacological treatment in conjunction with various forms of psychotherapy.

Treatments can vary in duration depending on the severity of the diagnosis, but long-term treatment may be necessary in order to effectively keep debilitating symptoms at bay. Diagnostic criteria also vary and often overlap with other co-occurring mental health disorders.

The most common diagnoses of anxiety are:

While pharmacological treatment is a commonly recommended approach for anxiety disorders, it comes with risks as well as benefits. One of the more serious disadvantages is the potential risk of abuse and dependence on benzodiazepines and other substances.

Data from research conducted by the American Psychological Association has indicated that adolescents who were prescribed anti-anxiety medications were 12 times as likely to abuse those medications and become at risk of addiction.

Benzodiazepines are the most commonly prescribed psychoactive medication for patients with diagnosed anxiety disorders. They work by depressing the central nervous system and helping alleviate anxiety symptoms. They are also known as tranquilizers, sedatives, and hypnotics.

The most common benzodiazepines prescribed for anxiety disorder include:

When taken properly as prescribed, benzodiazepines can be an effective short-term solution for anxiety, as well as insomnia, seizures, alcohol withdrawal, and muscle relaxation. They are not generally not intended to be used for long-term treatment.

Chronic misuse of benzodiazepines can lead to medication dependence as tolerance develops and increases the need for higher doses to achieve the same effects. With prolonged abuse, people may start abusing illegal prescriptions or other substances to amplify the effects of benzodiazepines.

The combined use of benzodiazepines with alcohol and other drugs can cause dangerous side effects such as mood swings, excitability, aggression, respiratory depression, unconsciousness, and coma. It can also potentially cause a fatal overdose. With all these things in mind, it’s important to listen to your doctor and the instructions that were given to you along with your medication if you have been prescribed a benzodiazepine or any sort of medication, for that matter, especially before drinking alcohol or starting any other medications. When working with them to find an antianxiety medication that works for you, please be honest about what other medications or substances you take or consume, such as alcohol.

The signs and symptoms of withdrawal from benzodiazepines are similar to withdrawal from other sedatives and hypnotics, such as barbiturates or alcohol. Symptoms may be mild to severe, and in severe cases, they can cause life-threatening consequences. Please speak with your medical provider before changing how often or how much of your medication you take; if you are experiencing side effects from your medication and wish to stop, it’s important to do so under the supervision of a medical professional.

Withdrawal symptoms from benzodiazepines include:

Symptoms of benzodiazepine withdrawal can occur even following short-term use, as little as one month. The onset of symptoms varies depending on the type of drug. Short-acting benzodiazepines such as Xanax and Ativan leave the system more quickly, in which case symptoms can begin within eight to 12 hours.

Factors that determine the severity of withdrawal symptoms are the following:

The phenomenon of withdrawal is a clear indication of addiction to a chemical substance. While anxiety medications such as benzodiazepines can be beneficial to those who deal with chronic and acute anxiety, the risks of becoming dependent on medication may not match the health benefits of taking them, even for the short term. Talk to your doctor about all of your options for treating anxiety and make an informed decision under their medical advice.

The Adverse Effects Of Bullying On Mental Health

Healthy Activities to Start While in Recovery

Some Additions That Provide People With Better Mental Health

Why must workplaces include Neurodiversity in their DEI strategy?