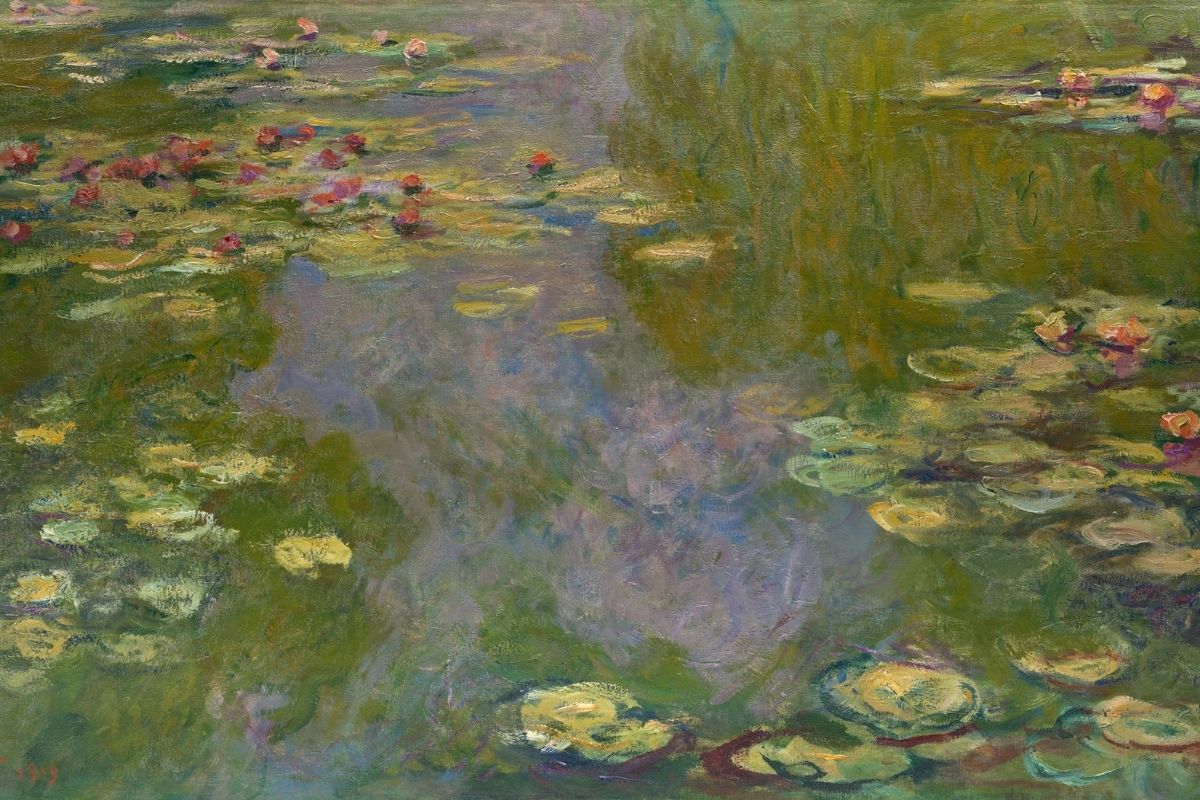 Oscar-Claude Monet (1840-1926) was a French painter and founder of French impressionist painting, and as an Impressionist, he always attempted to paint nature as he perceived it.

As the father of Impressionism, Claude Monet’s famous paintings influenced many artists during his time and even after his death. He helped pioneer the light and air effects and emphasis on accurate depiction of light and shadow and the “Plein air” technique, which became hallmarks of the Impressionist movement and the Claude Monet artworks in the early 1860s.

But what is not so well-known is that Monet and his artworks not only have influenced other painters but that his influence is still today experienced in the fields of dress and fabric design. Fashion designing houses like Christian Dior and Raf Simons still create fabrics inspired by Monet’s paintings and painting techniques. 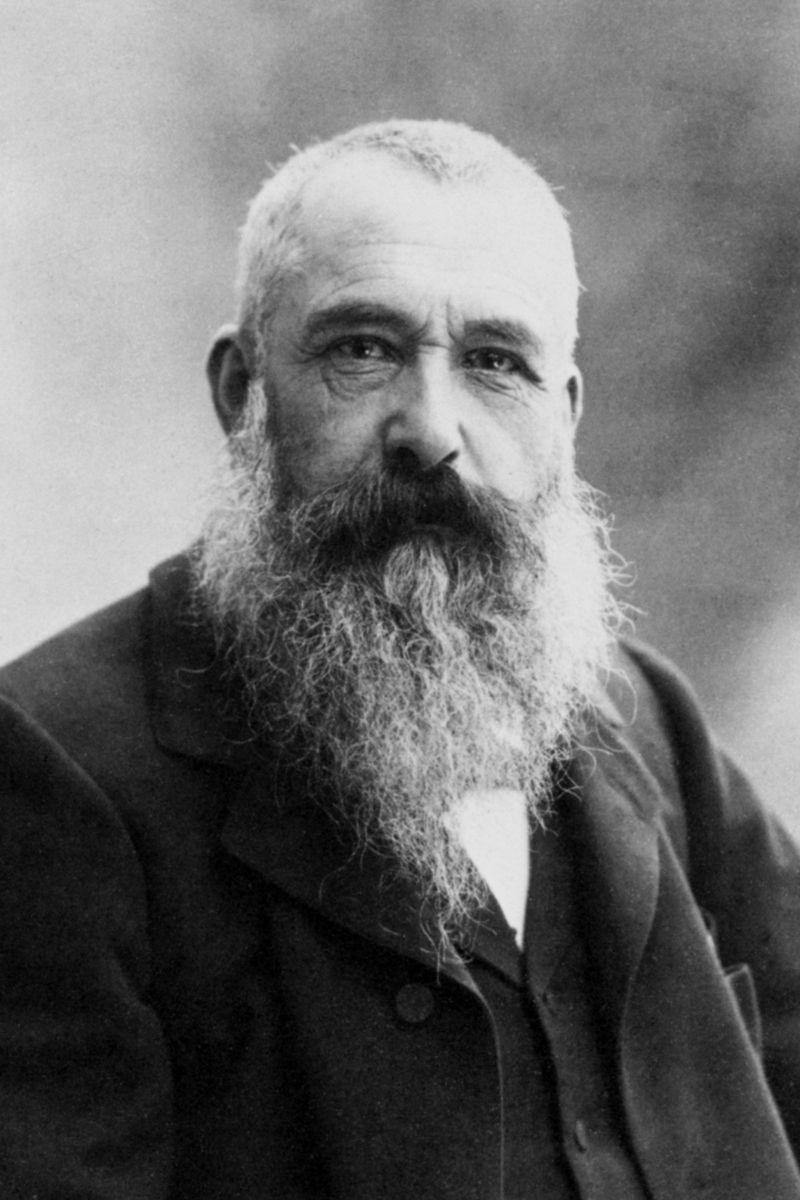 The influence that Monet as the artist had on painters of his time started when he and other rebellious artists staged a privately organized exhibition. All the works at this exhibition in the late 19th century were in a new, contemporary style.

Claude Monet’s painting “Impression, Sunrise,” exhibited at this exhibition in 1874, gave the Impressionist movement its name. Monet did not intend that a whole art movement be named after one of his artworks, but the art critic Louis Leroy accused the painting of being a sketch or “impression” and not a finished painting.

After this comment by Leroy, the style and movement have been known as the “Impressionist” period.

Monet’s Influence on Painters – Breaking away from Realist Painting

Monet’s influence on other artists can mainly be found in his breaking away from realist painting. Instead, he wanted to capture the fleeting impression of how a scene looked in a specific moment, and other artists started to follow this trend.

He used paint technology that allowed a painter to be outdoors and record a scene in real-time. Some artists who influenced Monet’s way of working include Degas, Cezanne, Pissarro, and Renoir.

Degas, as an example, was influenced by Monet to further experiment with color, and he began to use techniques in pastel, which gave a granular, broken, and flickering effect. 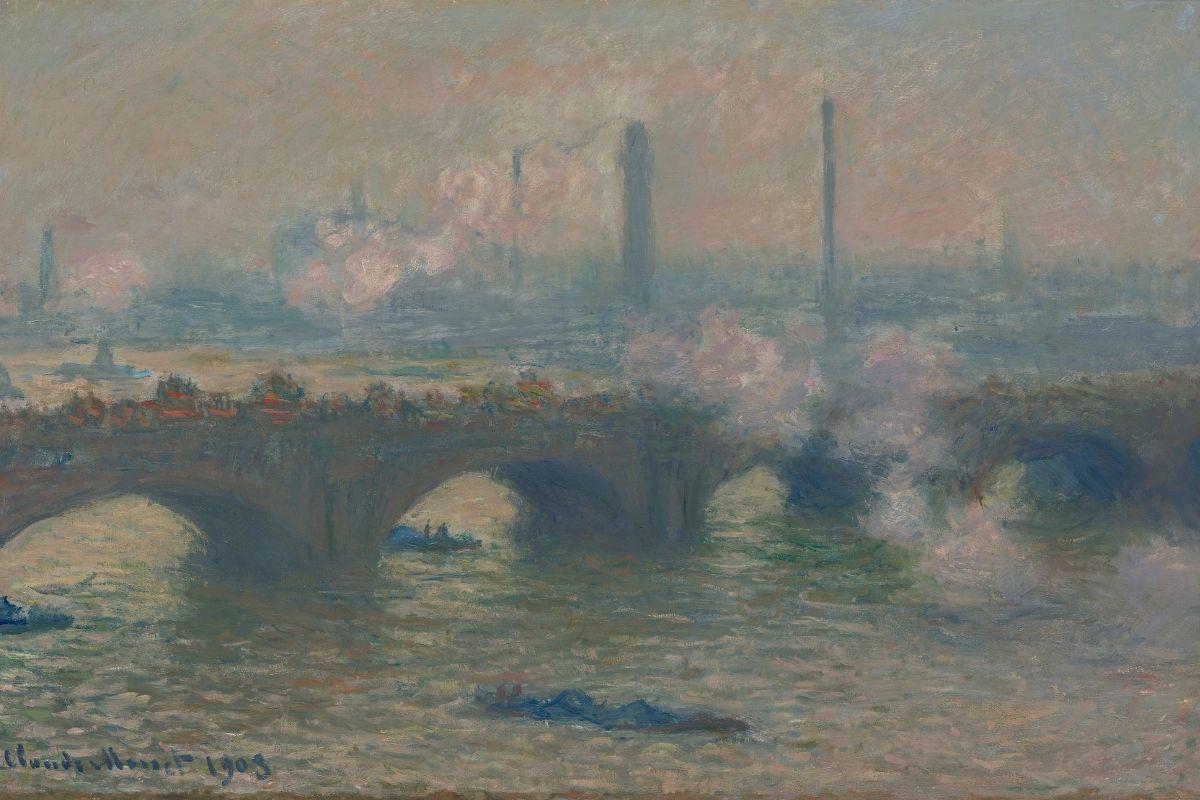 When you check out Claude Monet paintings you can see that his artworks were characterized by his new approach towards how to capture nature and landscapes. Likewise, other Impressionist painters were influenced by his fascinated interplay between light and the natural to build the picture of a landscape.

The Influence of Monet’s Painting Techniques

Monet also influenced painters to apply paint in small strokes, which became one of the most recognizable features of Impressionist painters. The effect created by this way of using the color was typical Impressionist.

Monet’s concept of the “Plein Air” painting also influenced artists of the time. In short, “Plein air” painting is the art of painting outdoors. This method contrasts with studio painting and academic rules that, in many instances, might create a predetermined look at the subject. 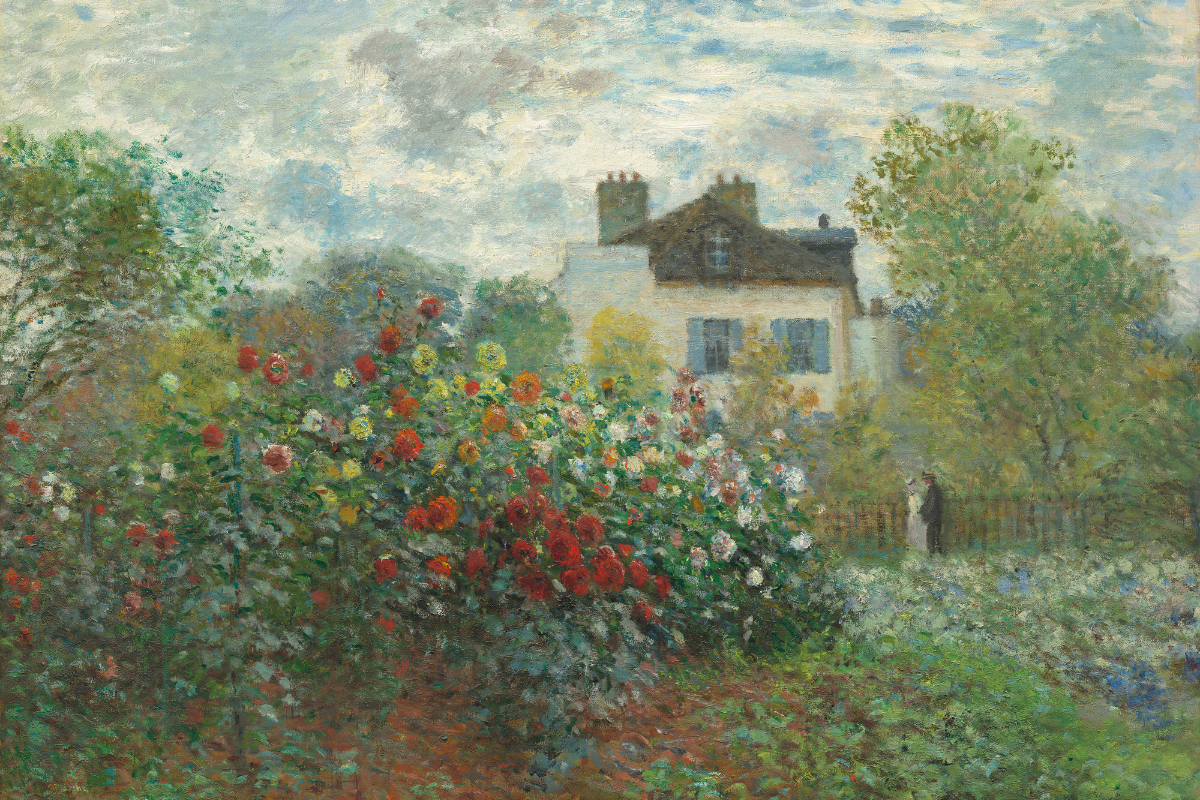 Monet’s General Influence on World Fashion up to Today

Claude Monet created the “Water Lily” series in the early 1910s. This series consists of several paintings focusing entirely on a picturesque pond. The different paintings in the series were captured during various day times and seasons.

This series and other famous Monet paintings are the most reproduced works of art and are still an inspiration not only for painters but also for the world of fashion today. You can usually recognize Claude Monet’s inspirations in an evident and immediate fashion.

As nature has always been a powerful part of Christian Dior’s designs, it comes as no surprise that Dior’s designers have often been inspired by the famous nature-related artworks of Claude Monet. Monet’s depictions of flowers in the Impressionist style are still up to today the inspirations for Dior fabric designs.

Christian Dior paid, for example, a tribute to Monet’s “The Path Through The c” painting by designing a stunning Haute Couture dress for his SS1949 collection. This iconic “Miss Dior” piece was entirely embroidered with flowers of various shades of pink and violet – depicted in typical Monet-style. 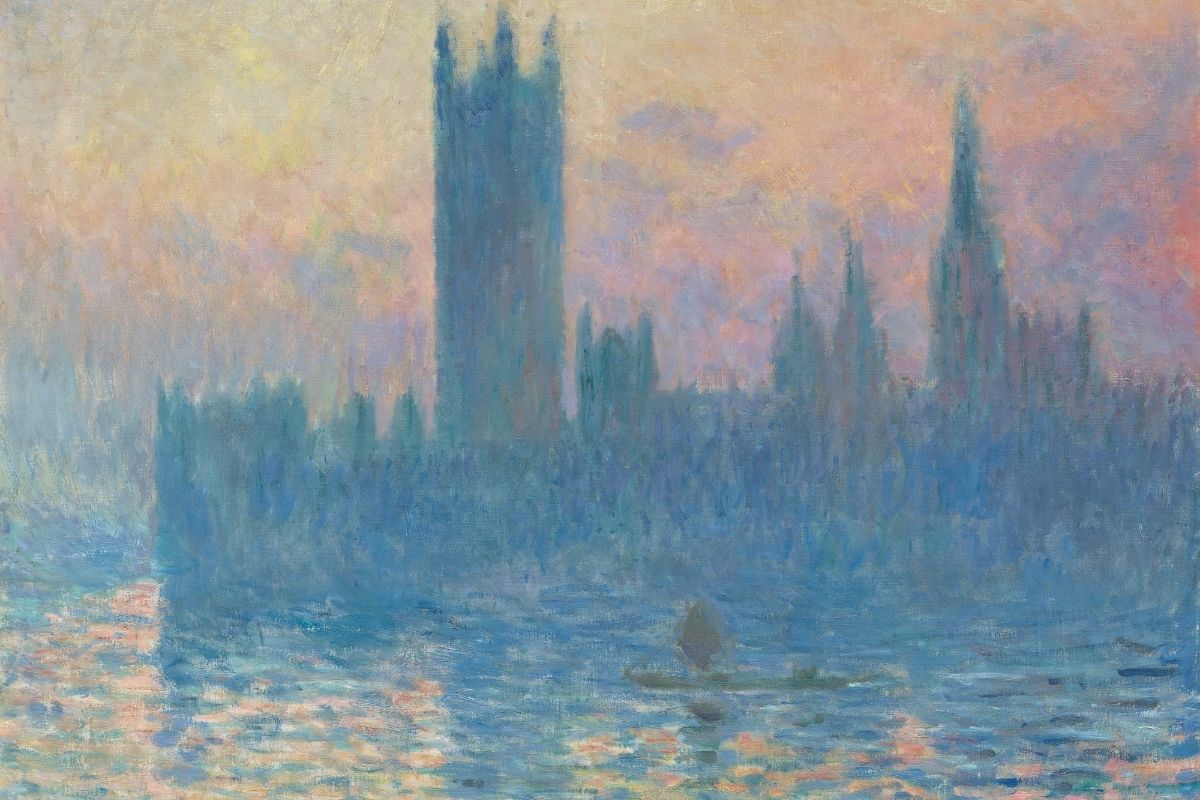 In 2012 Raf Simons created an ultimate dress inspired by Monet’s “The Artist’s Garden at Giverny.” It is a stunning gown decorated with thousands of tiny flower petals, also in typical Monet-style. This dress immediately became one of the most recognizable dresses in recent French fashion history.

The great artworks of Claude Monet also inspired Dolce & Gabbana. For example, the flowers decorating the fabric of a dress at the house’s SS2015 collection were a close imitation of the flowers depicted on one of the paintings from the “Water Lilies” series.

Another Italian brand based its designs on Monet’s “Water Lilies” was Sportmax during the SS2012 show. They transferred the impeccable color palette and shades from the painting onto the fabrics and created unique fabric patterns. In the SS2009 season, Akris presented a collection almost entirely inspired by Monet’s art. Akris used the color mix from some of Monet’s most famous works on its silks and chiffons to create stunning fabrics for the dresses.

Monet’s paintings still influence various artists and designers in their creation process. The limitless interpretations of his masterpieces make this possible and will be doing so in the future.

Monet’s influence is much more comprehensive than just influencing other painters. 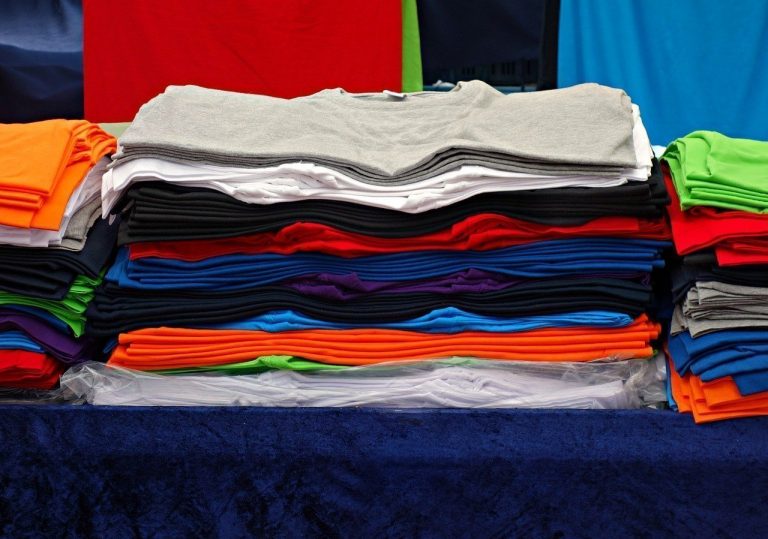