Practicing a martial art comes with a variety of benefits, including better overall physique, self-defense techniques, and in most cases, mental clarity. Why? Because a martial art doesn’t consist of only the particular regimen but is accompanied by a certain philosophy as well.

Plus, as most martial arts have their origins in Japan and China, we are mostly talking about Zen and Buddhism. One of the most popular martial arts is BJJ which is short for Brazilian Jiu Jitsu. Originating in Japan, it is a mix of regular Jiu Jitsu and Judo. Unlike boxing or karate, it puts focus on grappling techniques and fighting on the ground instead of standing.

But is BJJ the right martial art for you? It all depends on what you are looking for. If you want to learn how to punch and nothing but that, your best bet is boxing. On the other hand, BJJ is more of combined combat sport that has an emphasis on self-defensive grappling. It comes with its own philosophy (that a weaker person can overcome the stronger one), and a gi that you will wear during the practice. This article will help you to make an educated decision when it comes to buying the best BJJ Gi equipment.

As mentioned before, the concept of BJJ is to strike your opponent to the ground and put them into a position that they can’t come out of. With this in mind, one question remains unanswered – is it good to learn BJJ for self-defense? Let’s take a look.

Does Self-Defense Go With BJJ?

Well, the answer to this question is quite complicated. While BJJ was initially founded as a self-defense martial art, things have changed over time, and the street fights are not what they once were.

Taking this into consideration,  the effectiveness of BJJ as a self-defense method depends on a number of factors. Still, there is no doubt that the grappling techniques and the on-ground striking methods that you are taught are more than enough in the right conditions.

If we were to review a traditional version of BJJ, we could say that it is perfect for self-defense. There are a lot of combinations, and frankly, practicing this martial art will give you some good stamina for surviving and getting out of a street fight.

But there are times where BJJ is more or less effective. Considering a 1-on-1 fight, where there are no weapons or other people involved, BJJ is all you need to come out on top, without an injury or a strain. This is due to the fact that you can comfortably use all the techniques you have learned and bring your opponent down to the ground without worrying that there is someone behind your back, or with a weapon in their hand (like a knife or gun).

Still, this has its restrictions as well, as if you are to fight a Sambo fighter, they will probably do better than you once it comes to the wrestling game (this all depends on a particular individual).

If we were talking about a situation where you are facing more opponents, striking one to the ground is not the smartest decision. Your best bet is to stay standing and try to fight them off, but given the fact that you are outnumbered, martial arts such as Kyokushin Kai, or Sambo would probably work better.

The most important thing is to ensure that you are in the right position, where you are outside of the so-called red danger zone. What this means is that you shouldn’t be in your opponent’s range for a hook – staying far away from them, or closing the distance so that they can’t go in for a jab are your safe options.

One of the common situations that you can put to your advantage is when the attacker is trying to strike, and you grab his arm performing an over-hook. If you are in a position to take someone from the back, use it! The omoplata technique is one of the most effective self-defense methods that you can apply, and while it demands high skill, it is the best way to completely disable your opponent.

BJJ is a superb martial art in many ways. When it comes to self-defense, it all depends on the environment and the number of people you are fighting. Still, you can be sure that the techniques and discipline that you learn throughout the BJJ practice will go a long way towards your overall well-being and safety. The Dangers Of Living With Mold In A House 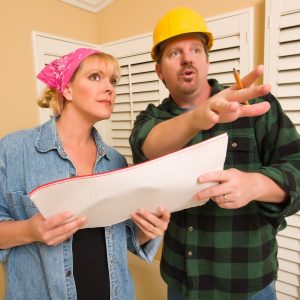 How To Find A Good General Contractor In Charlotte, NC