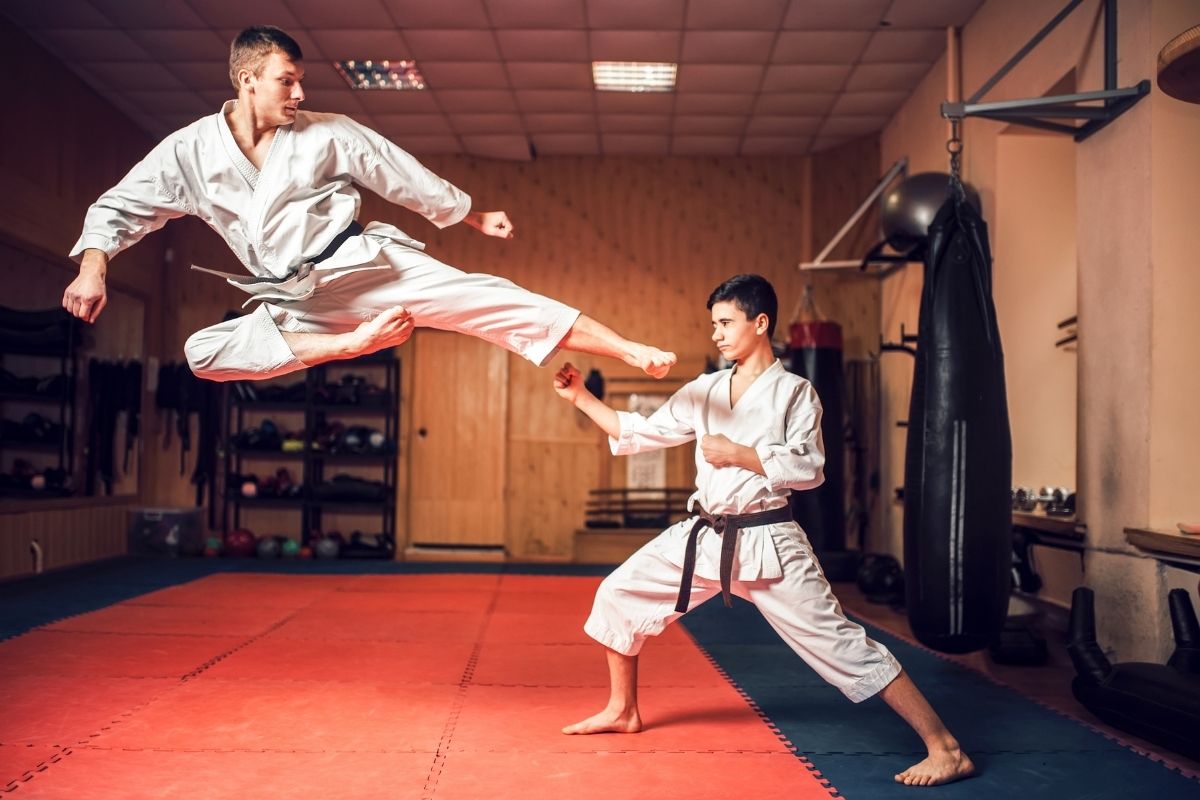 There are over 100 forms of martial arts. The best choice depends on an individual’s objectives and physical fitness.

Here are the top 10 types of martial arts.

Taekwondo is a Korean martial art that started in 600 AD, but its modern form gained widespread popularity in the 1940s.

Kicking is the most crucial aspect of Taekwondo. Players must have the ability to perform different types of kicks and sometimes infuse acrobatics to excel at this sport. It also helps to be good at faking kicks to create space for more effective hits.

Kung Fu has several iterations, including Tai Chi, Shaolin, and Wing Chun. Each of these has its unique techniques.

As the name suggests, Muay Thai originates from Thailand and is the country’s most popular sport. Besides competition, people practice this art for self-improvement.

Because it encourages players to use their hands, elbows, knees, and legs, Muay Thai is called ‘the art of eight limbs.’ In earlier days, fighters could head-butt the opponent, but this tactic is now prohibited.

Judo is a relatively new martial art that borrows a lot from the older combat sports. Regardless, it’s a worldwide sport requiring physical and mental aptitude to overcome the opponent.

Wrestling is arguably the most effective tactic in Judo. Once you lift your opponent and throw them onto the floor, you can apply a combination of techniques that compel them to submit. These include chokeholds and joint locks.

Brazilian Jiu-jitsu is a derivative of Judo that emphasizes wrestling to overcome the opponent. It’s a relatively old sport that started towards the end of the 19th century.

Karate is a Japanese combat sport that targets the opponent’s weak points using kicks and open-handed strikes. You can also use punches and elbows.

In 2016, the International Olympic Committee made one of the most monumental decisions in Karate’s history. The game was added to the Olympics games starting last year’s edition held in its motherland, Tokyo, Japan.

Krav Maga is Hebrew for ‘contact sport.’ It’s the most common martial art in Israel. The game combines techniques from other fighting sports – punches from boxing, kicking from Karate, and grappling and wrestling from Jiu-jitsu.

Since its introduction in the early 1900s, the game has been popular among the disciplined forces in Israel. That said, it’s one of the most brutal martial arts since it prioritizes attack over the defense and has no rules.

Kendo is a Japanese combat sport associated with the Samurai. In its earliest form, players used steel blades. Due to the multiple injuries and fatalities, these blades were banned, and wooden swords were introduced. Players must also wear body armor when practicing Kendo. Some techniques are also reserved for masters because of their riskiness.

Aikido is one of the least aggressive forms of martial arts. Interestingly, it doesn’t involve any attacks and focuses on neutralizing the opponent when they attack you. For instance, when they throw a punch, you avoid them and wrestle them to the ground.

Mixed Martial Arts combines multiple fighting techniques, mainly for competition. It became quite popular towards the end of the 20th century following the introduction of UFC, a series of tournaments that involves fighters in different weight categories.

Although martial arts can make you fitter and prepare you for potential attacks, it’s vital to exercise self-control when you become a proficient fighter. It doesn’t make sense to use your skills to harm others. How to Avoid Magnet Fishing Risks What To Avoid in Hunting Gear Flying the Nest: 10 Ways to Help Your Kid Prepare for College