Home » Family » More Information About Funerals And What To Expect

Not being knowledgeable about what to expect at a funeral can make attending or organizing a service somewhat intimidating. In this post we’ll be telling you a bit more about what you can expect.

What Can One Expect At A Funeral Service?

During a funeral service the life of a deceased person is honored, according to their wishes. That includes the religious beliefs and inclinations of the family. After the funeral service, the person will be buried or cremated in a natural burial ground or cemetery, contingent on their wishes and beliefs. Most people reveal their wishes and decisions with regards to their funeral before they pass on. This involves their choice in music, food at the reception and the readings. The family usually ensures these wishes are taken care of and discuss it with the funeral director before the funeral.

What Takes Place On The Day Of A Funeral?

The funeral entails a unique tribute to the life of the deceased, therefore each one is different. However, when it comes to funerals Adelaide, most consist of these four stages:

A funeral director oversees everything and ensure that all the funeral arrangements are taken care beforehand. Then the family members can focus on the mourning of a loved one with the support of friends and family.

How Long Does A Funeral Generally Take?

It usually takes more or less an hour. Some religions have ceremonies that can last for a few days and some families choose a cremation only, without a service.

How Long Is A Cremation?

The duration of a cremation is usually 40-45 minutes for the funeral service. People usually arrive to pay their last respects to the deceased and leave the chapel after which further services commence. Ten minutes are usually allocated for this part; however, some service times are longer or shorter. The crematoria permit additional time that is booked beforehand at an extra fee.

How Long Is A Burial?

The funeral service and burial generally last about an hour. However, it varies contingent on whether the burial is taking place at the same location of the service.  And, also, the religious ceremonies included effect the length. With a conventional Christian burial, the service is held at the church and the burial in the churchyard. With others, the tribute to life is taking place at one location after which the procession travels to the burial ground. The wake is also held at another location. For this instance, more time is required.

Many families opt for a catered funeral reception which are held after the funeral. This is referred to as a wake. Family members and friends of the deceased gather to reminisce over the life of the person who passed on. For people who were unable to attend the funeral service, particularly if they have younger children, this is another opportunity for them to attend the reception and pay their last respects. A wake usually happens shortly after the funeral or a couple of hours later. It is usually held at the family home or venues that offer catered receptions. The reception can last a few hours where mourners depart when they choose to. Here Is How You Deal With Ex-Wife Drama Top 9 Ideas on Leaving a Legacy for Your Family 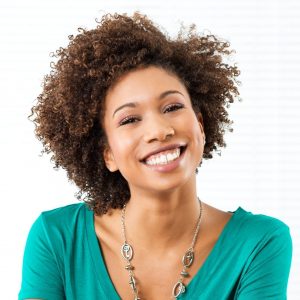 Treat Your Afro Type of Hair