This post was developed via a partnership with BetterHelp.

Mood swings are a normal part of life. Maybe you’re feeling pretty good one day, but you’re overwhelmed and anxious the next. Experiencing a range of emotions is quite normal and healthy. But if you experience intense mood swings that come with no warning or apparent cause, you may be living with bipolar disorder.

People with bipolar disorder experience such intense mood swings that they affect their work, relationships, and quality of life. They have difficulty functioning normally each day because their emotions can be so overwhelming.

This article will introduce you to the basics of bipolar disorder, including common signs and symptoms as well as treatment options. After reading, if you wish to learn more about this condition, you can find further reading at the link below:

What Is Bipolar Disorder?

Bipolar disorder can be divided into three categories: Bipolar I Disorder, Bipolar II Disorder, and Cyclothymic Disorder. The differences between these types are based on the severity, length, and frequency of the mania or depressive episodes.

A person has Bipolar I Disorder if they have a mania episode that lasts at least a week and experiences symptoms that interfere with their daily functioning. Bipolar II is characterized by the existence of at least one episode of major depression that lasts two weeks or longer and an episode of hypomania (a lesser form of mania) that lasts at least four days. People with cyclothymia will fluctuate between mania and depression more often but may not experience as intense extremes as the other two conditions.

Now that you know the basics of bipolar disorder, let’s move on to some of the symptoms. 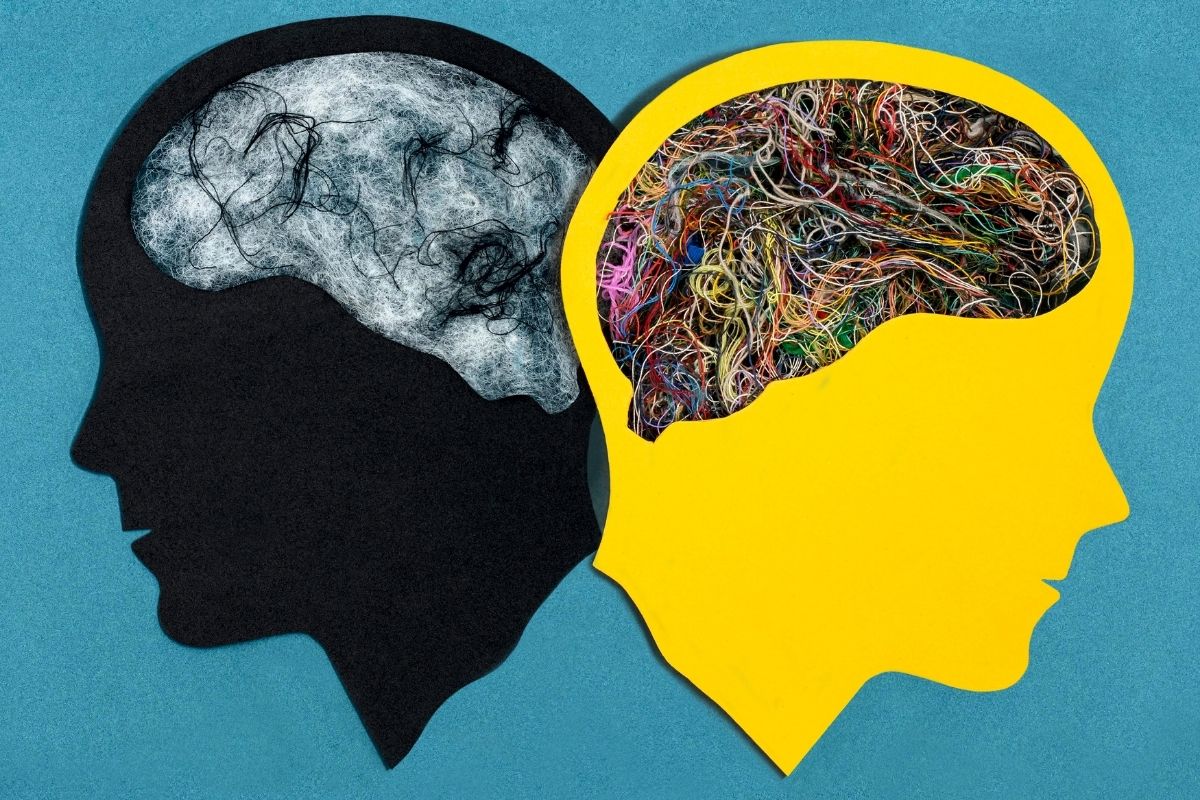 This is why the symptoms of bipolar are often divided into these two categories. A person with bipolar disorder will act much differently in a manic state than when they are in a depressive state. Read on to learn more about both mood extremes.

Manic episodes involve extreme emotional highs characterized by excitement, impulsivity, and euphoria. Though this may seem better than depression, some with bipolar disorder will experience these emotions at a level that is not comfortable or controllable. Some common symptoms of mania include:

Though they feel energetic and excited, they don’t always have control over their behaviors. They may feel invincible or untouchable and therefore behave in ways that could harm themselves or others. Some of these behaviors may include:

Though episodes of mania may rarely occur for some people with bipolar disorder, bouts of depression are all too familiar. Furthermore, the depression that people with bipolar disorder experience is often very extreme. Someone in this episode may struggle to get out of bed or make even the smallest decisions. Some other common symptoms of a depressive episode include:

**If you or a loved one are experiencing suicidal thoughts, reach out for help immediately. The National Suicide Prevention Lifeline can be reached at 1-800-273-8255 and is available 24/7.**

The best treatment options for bipolar disorder are psychotherapy and medication. Psychotherapy can help a person with bipolar disorder manage their thoughts and behaviors. They can also learn ways to cope with their extreme emotions and find ways to process them that do not cause any harm to themselves or others. Furthermore, therapy offers a safe space to discuss emotions and thoughts, which may not be available in any other area of the client’s life.

A psychiatrist may be able to prescribe medication to manage the mood swings and symptoms of depression. This can help the person feel more in control of their life and manage their emotions better.

Bipolar can be a distressing and exhausting disorder that can leave someone feeling like they are not in control of themselves. However, there are treatment options that can help, and many people with the disorder live normal and fulfilling lives. If you struggle with this condition, don’t hesitate to discuss it with a therapist and find ways to manage your symptoms. Dos and Don’ts of Supporting a Loved One Battling Addiction Are You A Shopaholic? Best Treatment Methods for Addiction in 2021 The Adverse Effects Of Bullying On Mental Health