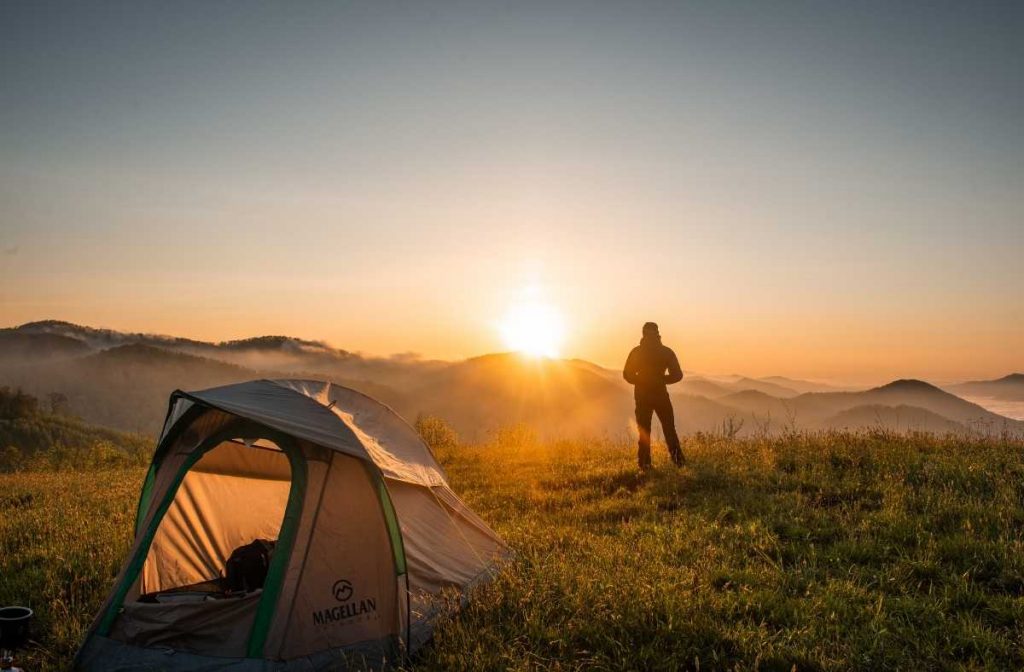 Boondocking has been gaining popularity recently as an activity that allows people to escape the hustle and bustle of their city lives. Despite being one of the most sought-after destinations worldwide, Florida isn’t known to be a boondocking hotspot, mainly because of its association with bustling cities such as Miami and Jacksonville.

However, these urban areas are situated in the coastal areas of Florida, which leaves its interior perfect for camping. Interested? Read on more to find out about rent rv florida!

Traveling about in an RV is all about living life off the beaten path, and what’s the best way to experience the road less traveled? That’s right, boondocking! Boondocking is often referred to as dry or wild camping. It is where people camp without water, electrical connections, and a sewer, but only bring the bare necessities to be self-sufficient. It seems slightly intimidating at first, but it can be an extremely cost-effective and fun way to experience camping. Those intending on going for long-term RV road trips may want to opt for boondocking, as it allows for more freedom during route planning. You don’t need prior reservations –– it’s just you and your camping equipment. What a great way to disconnect from reality for a while!

Boondocking is free. You don’t have to pay for the land or whatnot. However, some places do require a permit so be sure to do your research before you start setting up your camp somewhere random. The last thing you want is to get chased out or to pay a fine.

Where To Boondock In Florida

Boondocking should be done in places with wide lands and within nature. Though Florida is often thought of as a beachy paradise, there are many dry camping locations where glistening lakes and thick forests are located.

Pine Creek Landing has both a developed and dispersed campsite to cater to people with different camping styles. While you’re there, rent a boat and paddle your way through the Ochlockonee River and admire the beautiful scenery that is reflected off the surface of the river.

Situated three hours from the southern area of Orlando and near the Ocholockonee River, lies Mack Landing –– a quiet, rustic campground that holds several birdwatching and hunting sites.  The Mack Landing is one of those hidden gems where you’ll get to admire the beauty of the river without crowds. You can also rent a kayak from here in the day.

The whole area is dominated by several lakes including Lake Kissimmee, Mairan, and Jackson. Some people frequent here to fish while others engage in hunting and birdwatching activities. This place is known for its wide array of species of birds. If you ever visit, sit back, relax, and busk in the gentle chirpings of the birds.

If you’re into being surrounded by tall and luscious trees, then this is the place for you. Located near the Big Cypress National Preserve and the city of Naples lies the beautiful, unspoiled Picayune State Forest. However, this is one of the more undeveloped places so you’ll have to come prepared. Although drinking water is not available and there are no electrical hookups, the site has several fire rings and picnic tables. Also, do avoid visiting here during the wet season as most of the land will be underwater.

Should you be up for a challenge, bring along your hiking gear and embark on the 22-mile-long hike within the forest. If you’re still going strong, we recommend renting a kayak and cruising around the river.

Slightly an hour from Fort Myers and between the Everglades and Lake Okeechobee, this campsite is a dream from November to April. During the wet season, however, it is prone to flooding and can become inaccessible.

This area is also popular for bird, hog, turkey, and deer hunting. You’re also able to hike across the hiking trails that weave in and out of the region.

Just an hour and a half drive from Miami, this exquisite wetlands habitat is a cozy home for campers. Although this area is covered with wetlands and is best navigated with a kayak, there is room for boondocking as well.

You needn’t worry too much, however. Clubs, beaches, and restaurants in Miami are a short drive away, and it is located near Big Cypress National Preserve as well. 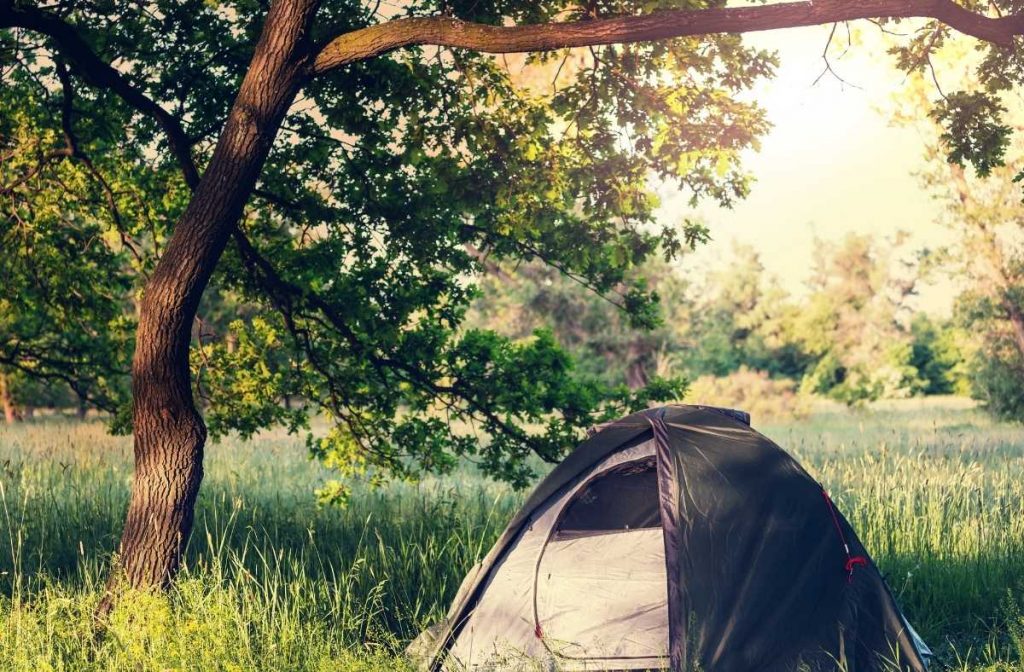 The Florida Keys is home to several tropical islands and isn’t exactly the place that’s known for boondocking. However, there are still a few viable options within the vicinity to go to in case the other places mentioned are out of reach.

Situated halfway down the Overseas Highway between Key West and Key Largo, the Curry Hammock State Park is a perfect boondocking location in the islands. This site has electrical hookups but no sewer or drinking water, which makes it significantly cheaper than other campsites on the Keys.

There’s also a nearby beach that’s teeming with kitesurfers, along with a boat launch and a nature trail where you can explore the nearby mangrove forests.

This place is one of Key’s more developed camping sites and is equipped with modern facilities. However, for those looking to boondock, there is a rustic area within the place that does not have water, a picnic table, or electricity. Again, do check the website for reservation and pricing details.

Take advantage of the Key West that is merely 30 minutes away and rent yourself a set of snorkels to explore the big blue sea. You can also catch a ferry out to the Dry Tortugas National Park.

Spanning across almost 25-miles of coral reef and home to a massive aquarium full of aquatic life, it’s unsurprising that the John Pennekamp Coral Reef Park is popular amongst boondockers. Do note that it is more developed and has electrical hookups, sewer, and drinking water available!

Go snorkeling and scuba diving in the nearby coral reefs, or take a glass-bottom boat tour if you’re not a fan of getting wet. Ocean lovers, you won’t want to miss this one!

Tips for Boondocking in Florida

Now that the top spots for boondocking in Florida are covered, it’s time to choose the destination of your choice! Here are some tips to take into consideration to make your boondocking experience a fulfilling one.

To ensure the safety of the campers, most of the parks in Florida mandate that there should be at least an adult over the age of 55 within the group. Make sure to check before heading anywhere and do follow the rules as they were set to ensure the well-being of everyone.

Areas for boondocking are largely not developed and hence may not have the proper routes to them. Therefore, you must carry a map to refer to in case you ever get lost. Plus, there will be many mosquitoes so bring enough repellent.

Clearing your trash before you leave is a given. Why not take an extra step to create lesser waste in the first place? The lesser waste you create, the lesser things you have to throw. It’s a win-win for you and the environment.

Boondocking is for the adventurous people out there. The sense of unknown and being disconnected from the world momentarily might just be your kind of activity. Hopefully, this article has provided you with greater insights on the potential places to do so in Florida. So, what are you waiting for? Grab your bags, go out there, and explore!

5 Best Ways to Find a Luxury Rooms in New York

Enjoy Activities on the Water in Broome WA

How To Use Your Ancestral Connections For Family Immigration To Italy

4 Strategies for Dealing With Insecurities