Home » Art & Crafts » What Does The Celtic Knot Symbolize? 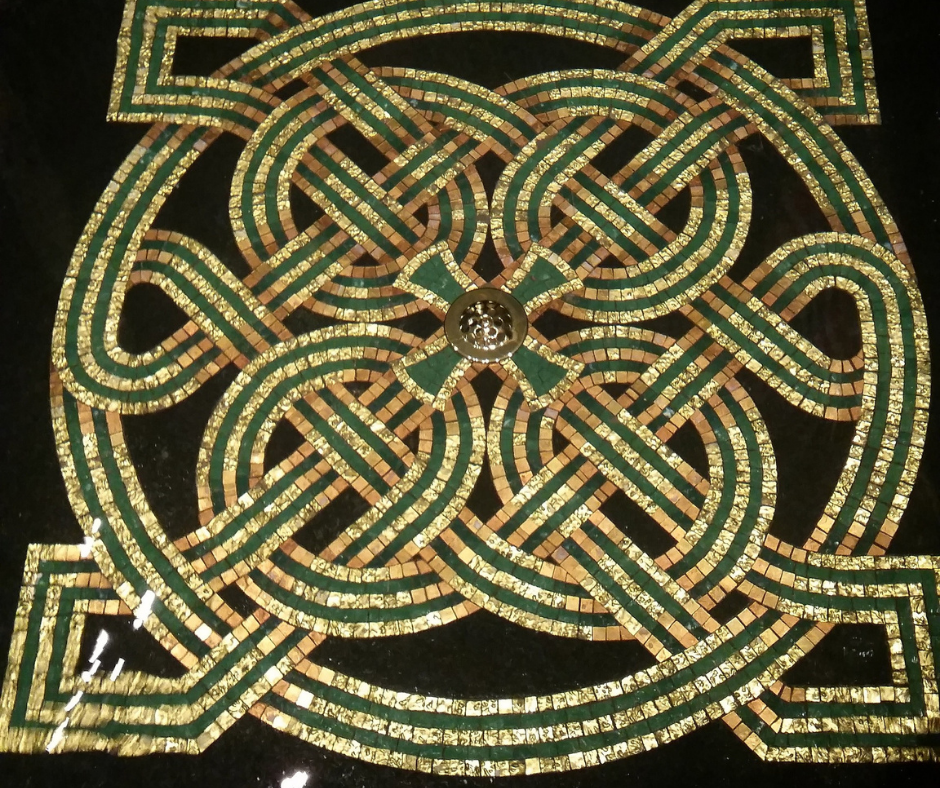 Beautiful on its surface, the Celtic knot has several different meanings woven into its patterns. Celtic knots can be depicted as spirals, crisscrossing shapes, and braided designs in Celtic knot jewelry. Celtic knots can represent oneness, family, and faith, among other subtler meanings.

When looking at the shape of a Celtic knot, you’ll notice that the lines of its patterns don’t break away but stay linked throughout the whole design. Because the patterns are intertwined, it’s hard to determine the head and tail of the design since there is no beginning or end. Celtic knots represent unity, bringing together the ancient culture as a whole unit to support their community. The Celtic knot also represents eternity, as the endless lines that don’t end go on forever. This is much like the ancient Celtic culture that continues even into modern times because the diaspora of Celtic descendants continues to carry on some traditions.

The designs incorporate the Christian faith as well. The knots often form three areas that represent the Holy Trinity and eternal life. Each aspect of the Holy Trinity symbolizes the God or Father, the Son, and the Spirit, which cover the pillars of the early Celtic Christian era. The endless lines represent undefeatable faith, as the Celts acknowledged that all living things go on in an infinite cycle. However, the knot and interlacing patterns pre-date Christianity and seem to have been repurposed to fit the Christian faith.

All forms of Celtic knots show interlocking lines and patterns that come together in beautifully woven spirals. These interconnecting lines represent togetherness and family because family members work together and have a sense of belonging. Also, families continue through the generations, showing that family is eternal.

It is believed that the interlace patterns were first seen in Roman mosaics in the 3rd century. These knots were also spotted in Southern Gaul and Northern Italy, then later in Ireland during the 7th century. In Italy, these knots were depicted in artwork as unbreakable plaits created by sailors. When at sea, sailors wanted to remember the love they left behind and would create these knots as a way to remember them. When introduced to the Celts, they became more popular and were depicted in artwork.

Celtic knots became symbols of everlasting love, whether of family, friends, or lovers. The symbols also came to represent a divine influence or higher power governing all things in nature and life. The knots can form different shapes, like shields as a symbol of protection or triquetras to represent the three stages of life. Because the Celts were deeply spiritual and appreciated life, they incorporated symbols of eternal spiritual life and nature into their artwork. The Celtic knot, even if in the shape of a flower or animal, always has interlocking lines that signify enduring and everlasting unity and life.

While no one is entirely sure where the original Celtic knot was created, it has remained a very popular symbol even in modern times. You can discover timeless pieces of high-quality jewelry that have these continuous and beautiful Celtic knot patterns carved into precious metals. The Difference Between Fine Art and Decorative Art How to Crochet 101: A Beginner’s Guide