Home » Food » Why Do My Grill Grates Keep Rusting? 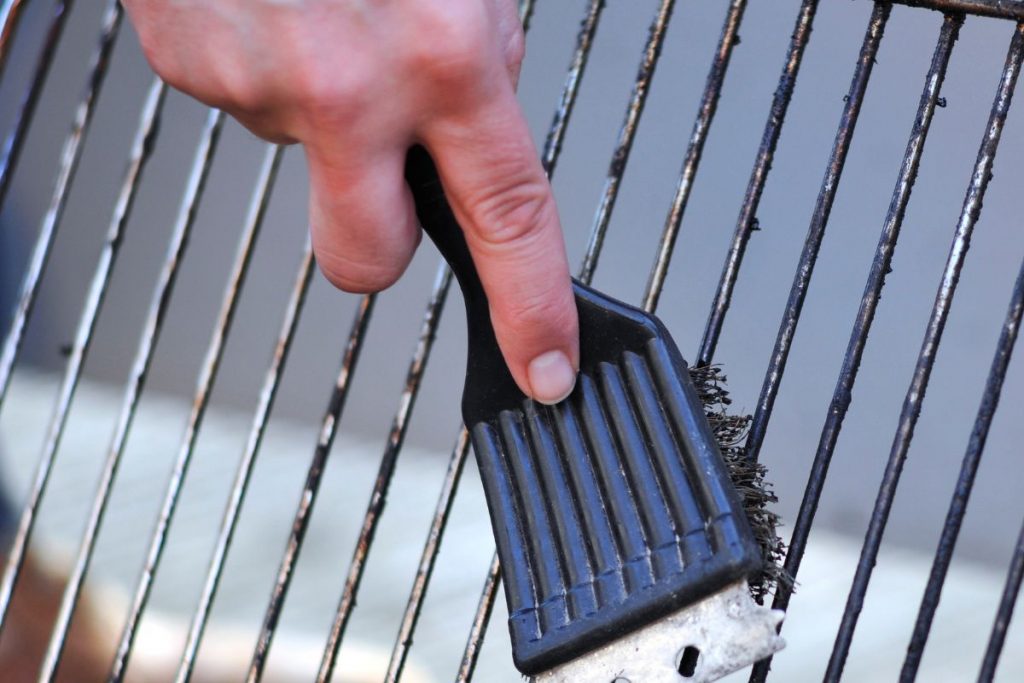 Barbecuing is something of a summer staple, especially when it comes to home entertaining. People spend anywhere between $100 to $1000 and even more to get a good grill to barbecue with, along with the fuel it needs. More often than not, though, it comes with a good reason. Grilling with a barbecue often gives food a far more unique taste than simply cooking on a stove doesn’t. The smoky flavour and crispy brown crusts you get from grilling are far more appealing, attracting people to use their own barbecue grills more often.

However, one problem seems to frequently pop up, especially if you aren’t a barbeque expert just yet. With the frequent use of a barbecue, the grates start rusting more often. You clean it off, but the rust just develops again a couple of days later. What’s causing this to happen? And what can you do to stop it before you have to replace your grill way earlier?

We’ve found some of the main causes that your grill’s grate might be rusting and a few tips to prevent rust from building back up once you’ve managed to clean it off. If you’re interested in getting some tools, some cleaners or scrapers, or even a new grill, there’s a BBQ Store in Vaughan that sells everything that you need and more.

Your grill gets exposed to a lot of moisture

One of the most common causes of rust is an excess of moisture. All kinds of appliances are highly likely to rust when the air is moist and damp. Even if your grill’s lid protects the grates from rain and snow, the remaining moisture can enter the grill through vents and gaps for burners. Something as simple as a bit of water lingering behind on your grill’s grates can increase the risk of them rusting, causing damage to the grates.

A good way to reduce the chance for rust to develop due to moisture is to invest in a grill cover that can be fastened at the bottom as well as the top. This should restrict any moisture from entering the grill and rusting the grates in addition to the grill itself. A smaller cover that can wrap around the grill pan and lid itself would be ideal since there’s less area for moisture to build up underneath.

Grease is building up

Another potential reason that you might be finding rust on your grill’s grates is that the grease from your food is building up. Depending on the metal that makes up the grates, the grease can actually prevent the metal from doing its job. Some grill grates are made with a chrome layer. When grease builds up on the grate, it blocks any oxygen from coming into contact with the surface and reduces the plating’s ability to prevent rust.

In a similar way, cast iron grates – which many barbecues come equipped with – are made with a layer of enamel to prevent damage. However, the grease that sticks to the surface of the grates will wear down the enamel and cause rust to form. Therefore, cleaning off the grates is important with both grill grate types.

If you want to make sure that your grill grates stay rust-free and last a long time, there are a few steps you need to take. Many of these steps aren’t necessary but will more than likely decrease the potential risk of rust forming and damaging your grill’s grates.

After a few rounds of smoking of the oil to embed it into the grate, your grill will become far more rust resistant than before the seasoning. What makes it even better is the fact that the seasoned grate becomes more non-stick and can even add the oil’s flavour to your food.

Avoid pouring liquids directly onto them

After you’ve put your meat and veggies onto your hot grill, avoid pouring sauces and other liquids directly onto the grill. The liquids are bound to stay on the grill if they don’t sizzle off, adding moisture to your grill and increasing the risk of rust. If you absolutely need to add the remains of a wet rub onto your meat, use a brush to apply it instead, and don’t use too much that it drips off.

Move the grill inside after summer

When the time finally comes to a stop barbecuing, whether it’s due to cold weather or too much snow on the ground, it is the best time to move your grill indoors. Much like how it’s recommended to keep your grill covered properly to reduce moisture contact, you can cover the grill with a tarp or special cover to keep dust, critters and any lingering moisture from the environment out. If you’re placing it in your garage, the air from any heat sources is likely to dry the air out some, further adding in reducing rust.

Dealing with rust can be a somewhat time consuming problem. By the time you find out where it formed, there’s a chance that it’s settled in deep. In order to get rid of it, you need to put a lot of effort into removing or scrubbing it off. Though preventing rust from returning can be just as time-consuming, the end result is way more desirable. With a little bit of time, your grill can last for a long time, giving you access to delicious and even healthier food. 5 Tips to Kick Your Backyard Barbecue Up a Notch Living With Lyme Disease: How to Cope & Take Care of Your Health